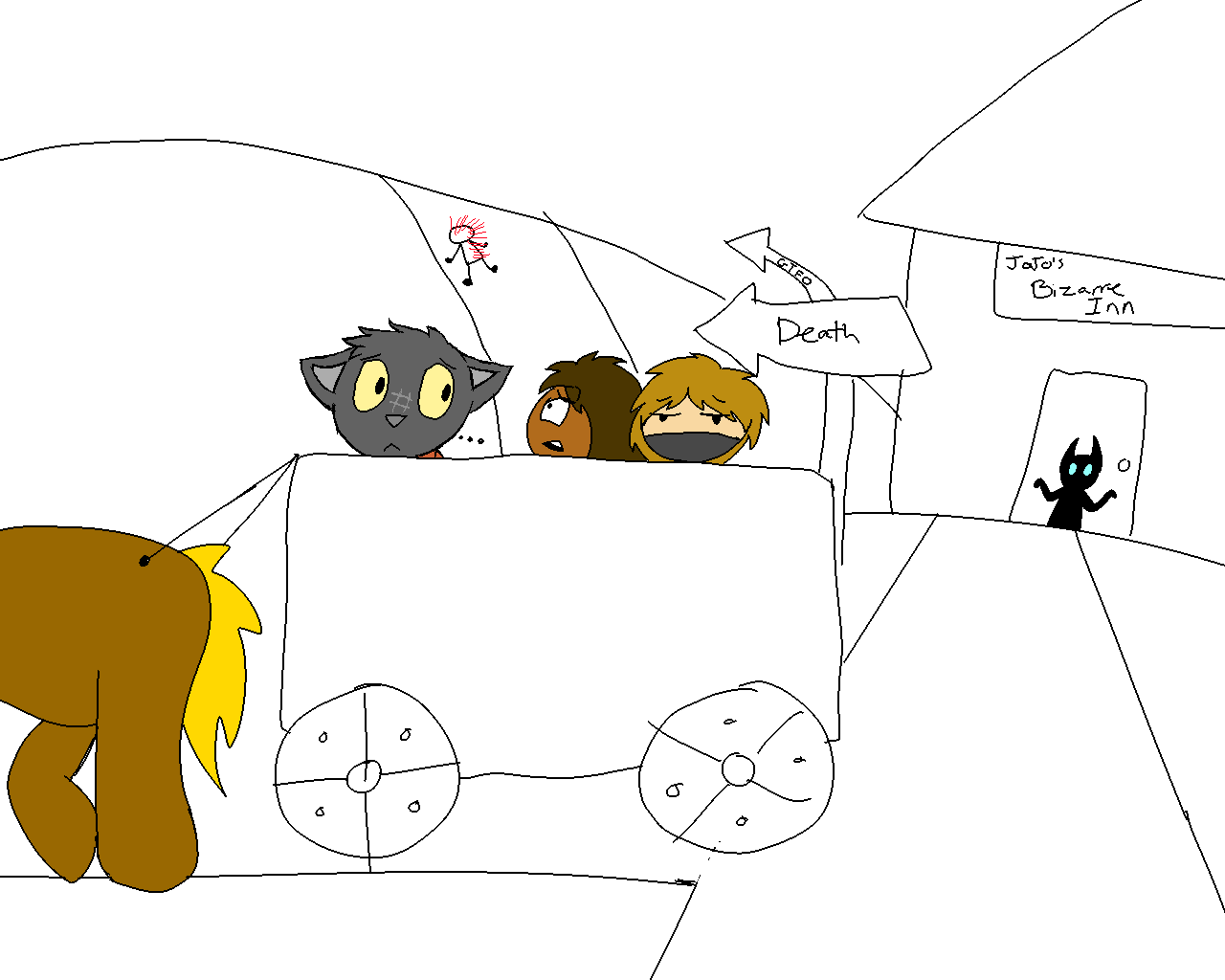 So this is what Helgen looks like? You aren't very impressed. Emo's more worried about the porcupine on the hill that was once your ginger friend, and Cutie just looks... sad. You wish your hands weren't bound so you could hug him. Maybe you could even figure out why they bound his mouth, too. Though thinking about it, maybe they had a good reason. Maybe he just has really bad breath. Or maybe he's really fight-y. Or he's got some crazy voice-throwing magic. You really don't know, especially with the horse-nail-ass situation you witnessed earlier. You turn around, looking at the sign you just passed. Turning towards "Death" seems like a bad idea... You turn to Emo, asking him what's going on.

Emo sighs. He mumbles something, but all you catch is "Sovngarde Awaits."

Oh fuck. Sovngarde is where the dead people go. You're not dead yet... but from Emo's tone, he's fairly convinced everyone in the wagon will die. What is this, Oregon Trail? What even is Oregon Trail? You shake your head, looking back at Cutie, who just kinda sighs. You reach over with your tail, gently wrapping it around his arm. 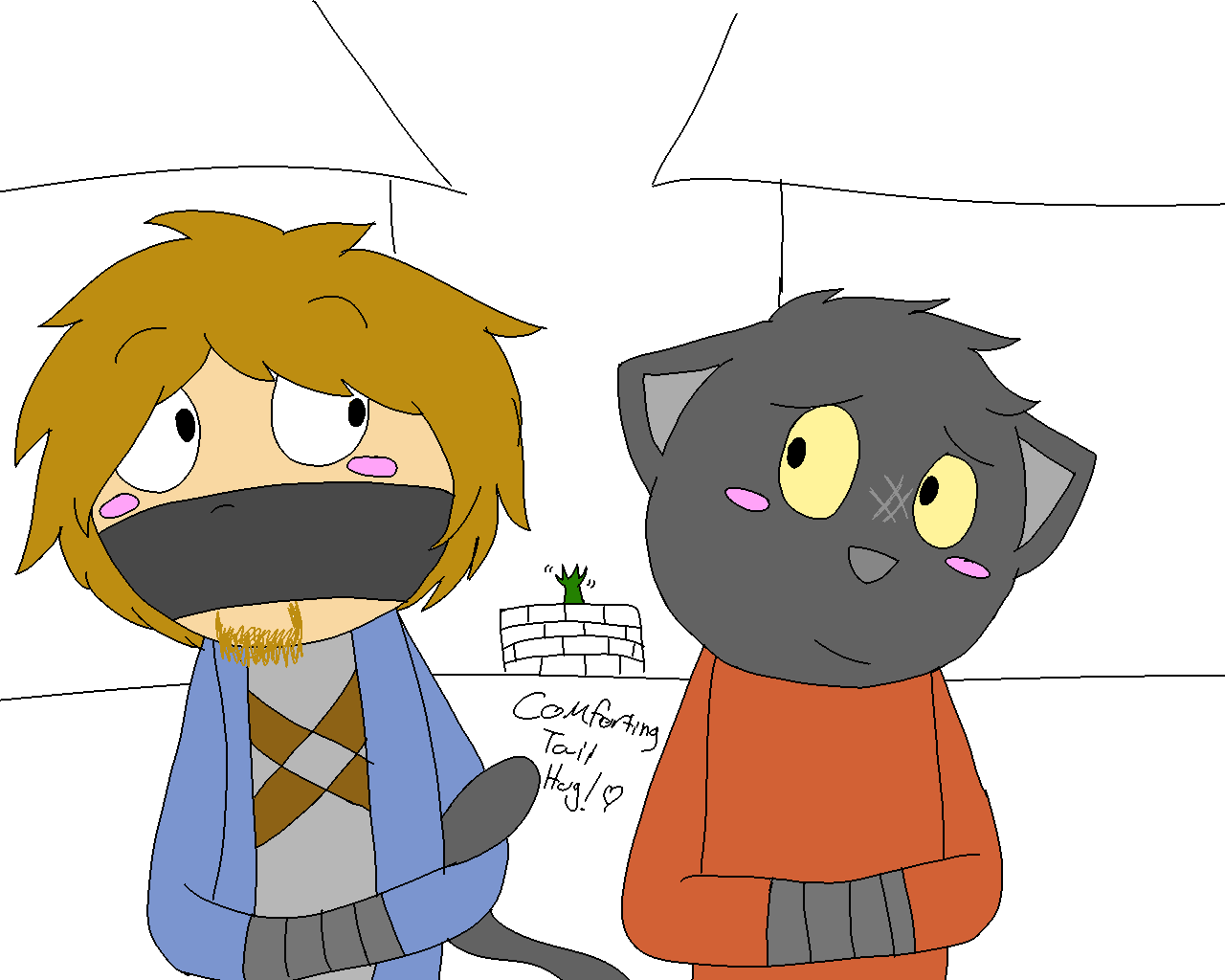 To your surprise (and flustering), he seems to loosen up at your touch. He uses his shoulders to gesture-- seemingly asking you to pull the binding off of his mouth.